September 14, 2019
I'm typing this on Saturday evening and not even trying to pretend otherwise. Today I'd like to introduce Verity Buchanan, an author as well as an unofficial composer who once infiltrated my house for eight days. 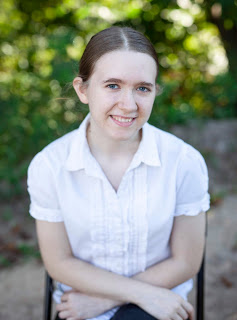 What are some of the very first books you remember having read to you?

This is hard because I was always being read to. I do remember listening to the last chapter of Charlotte’s Web at a very early age (and trying to push back tears, which is hard when your mom is getting emotional too). After that, the earliest definite memory I have of a read-aloud is The Hobbit, which I was so into even though I had already read it on my own. The version my mom and dad read to us had hundreds of illustrations from the 1980’s animated movie, and I would hang over the arm of the couch to see them. Chapters 6 and 8 were my favorites, because Gollum and spiders. Smaug was second-rate next to those spiders, boy.

As you got older, what books became your favorite?

The Little House and Little Women books were perennial favorites of mine. I loved the Redwall series. I couldn’t get into The Secret Garden till I was older, but I adored A Little Princess, also by Frances Hodgson Burnett, with a long-time passion. My edition included chapter header art and several full-page illustrations in beautiful, realistic grey-scale, which I loved.

I was a mild fan of the Happy Hollisters books for a short time, before I entered the judgmental age and no formula series was safe from my literary critique. I also went through phases of obsession that usually related to whatever historical period we were learning about in school. First it was anything Egypt-related, then Korea, then Celtic times. But Lord of the Rings was my real long-term franchise. I devoured it in five days at the age of 10 and have yet to look back.

What are your best childhood memories? How do they work into what you write?

The memory that sticks in my head is a little odd. I was maybe three or four, riding home at night on a long car trip. It might have been a pastoral candidating trip, because I was in my Sunday dress. Imagine how a night car trip feels: the hum of the engine, the quietude of tired people and a good day behind... and you ask your father to sing a hymn that you couldn’t remember the tune of, and he sings it and fills the sleepy, humming car with low music. The serenity of that moment flares to life sixteen years later like it was yesterday. I was so strangely conscious of the moment, conscious of how good it was, and how I wanted it to keep going on and on forever.

The second that comes to mind is being driven to my piano lesson early in the morning. The lake, several miles away, was so still that I could see the individual trees and houses reflected in it. It was a moment of unexpected captivation, utterly breathtaking beauty, and I held onto it with my eyes as long as I possibly could it because I could not bear to leave it behind.

As to how these fit into what I write, to be honest, I had to scramble to come up with a memory in the first place. And yet funnily enough, I can see echoes of them both throughout my books.

For the latter, you have Fred in The Journey arrested so often by visual beauty around him (Fred is really me in these instances; my family will testify how I erupt into faint gasps and murmurings at what looks like a perfectly ordinary hill outlined against the sky).

For the former, both in The Journey and later books, it’s not uncommon where I choose to zero in on a moment of utter serenity and let its full potency wrap around the reader. In light of how powerful that memory is to me, I don’t think it’s a coincidence that readers have remarked on these type of moments as the most powerful in my books.

What from your childhood—books or otherwise—do you hope to pass to your children if you choose to have them?

I definitely hope to have children someday. The things I hope to pass onto them from my own childhood, though, are largely intangible: stability, creative freedom, and a love of learning. Books, for this question, are unfortunately out. Most of my childhood books I don’t actually own, unless it’s copies I purchased later... if those count. I would love to pass on my childhood dolls, as well as some of the paper dolls I used to draw for my stories.

Have you ever (recently) encountered a book you wish you had read as a kid, one that fit your childhood personality? For me, it’s The Thief Lord. No parents in sight, sneakery, living alone...that was all up my alley when I was 12.

This might sound bad, but Oath of the Outcast by C.M. Banscbach. I already love it, but I think I would have loved it even more as a kid of 11 or 12. All-male main cast (I didn’t like girls tagging along in stories, especially after LOTR), tension, deep angst, and torture was so my jam.

Who or what primarily taught you how to write?

Reading! I read like a sponge from age 4 on up. I hesitate to admit this, but I had no prescribed, formal writing training until my senior year of high school. I did acquire several books on writing as I moved into adolescence and became serious about my passion as an author, and I took a year of grammar in 6th grade. I learned grammatical terminology that year. But I didn’t learn grammar, punctuation, and the craft of stringing words together in beautiful ways from textbooks. I learned them from being immersed in them, the way a baby learns a new language.

I know this question is tedious for both of us now, but for the sake of thoroughness, can you briefly describe your journey to publishing your book?

From inception to publication, The Journey’s journey (the puns will never end...) has been just about six and a half years. When the story existed in its first germ, I was a brand-new teenager with big ideas. Five years later, my ideas were no longer so big. In fact, they were pretty small. I had shelved college, was considering a self-publishing route with my books, and was too busy doing what I loved most (writing) to worry about the future of The Journey.

In the past, I had tried agents with some favorable response but no acceptance. When a certain Alabamian author broached the subject of small presses to me, I was skeptical.

But I said, “What can it hurt?”, filled out the submission form, and thought no more of it. Three days later, I had an acceptance letter in my inbox.

It would be nice to say that was the happy end. But I actually spent two weeks in a serious back-and-forth, ensuring the company’s legitimacy, weighing my decisions, and wetting my feet in the ocean of book marketing before I signed a contract with Ambassador International. And of course, that wasn’t the end either. To borrow the cliché phrasing I can’t stand, it was only the beginning.

Finally, can you close with one message to your readers or future readers?

I wrote to share my words with you. Whether I know you personally, as a name alone, or whether I’ve never heard of you at all, you gave your time to my words and there is not room in this interview for all the gratitude I have toward you.

To my future readers:

My book is not for everyone. It may not be for you. And the most important thing I have to tell you is that that’s all right. Unless you like self-imposed torture, life is too short for reading books you don’t like.

But if you like sibling stories, if you like episodic fantasy with an unusually domestic focus, if you like a style that reviewers are consistently calling “classic” — then maybe this is your book.

Thanks so much for featuring me, M.L.! It was a real pleasure to answer these unique questions.

Only one person is allowed to call me ML, and it's not you. Shout out to Mr. Dan the Library Man, the aforementioned one person. 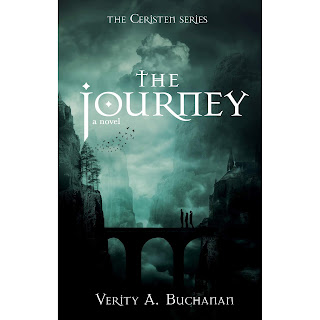