I became aware of Keturah Lamb's existence, ironically, through her blog The Girl Who Doesn't Exist, a headline weird enough to get my attention. That sent me down the rabbit hole of her regular blog, where I have proudly read every single post. Her life was so different from mine it fascinated me. We became Facebook friends and Keturah graciously answered every single thing I ever wanted to know, until I got an idea...why not interview each other at the same time? And focus on the different ways we were raised and how that affected our lives?

Keturah kicked off our conversation with her question, “What is your first childhood memory THAT has impacted your life to this very day?” What followed was one of the most enjoyable 90-minute conversations I ever took part in. 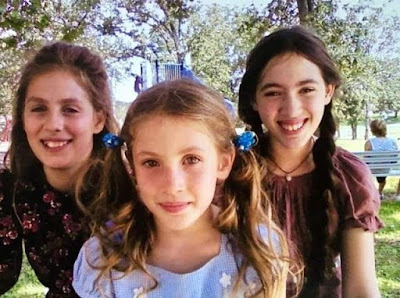 M: Would you go back to those days if you had a chance? Would you even have to consider it?
K: Yes and no. I was angry when we moved (I was ten or eleven I think). But to go back would mean to leave the life I have now. So, I wouldn’t go back, yet it has always been the time I so highly treasure in my life. I would definitely raise my kids that way.
M: What kind of animals did you have on the farm? And were you renting out the extra rooms? I read the American Girl books growing up, and the Kit ones gave me a boarding house obsession. At our grandparents’ house, my brother and I pretended to rent out each room to imaginary people. So I think I would have freaked to meet someone who actually rented out a room of their house.
K: No, we never rented. We only had people living with us because they needed help. For awhile my uncle, then another single guy who I always thought of as Ned Nickerson. Then we had an Italian family with a couple kids, and a Spanish family with several kids (and probably my first crush). And we had other relatives and strangers staying with us. The strangers became friends, but we never met most of them before they came to us needing a place to stay or work. Some stayed for only weeks, others for months. As for animals we had fowl, sheep, goats, dogs, cats, a pony, and a cow. Lots. American Girl books were my favorite during those years.
M: You were living my dream with that animal lineup.
K: Haha, I liked the people more to be honest.
M: How many times did you move in your life? It must have been a lot.
K: I guess only eight times. Feels like more. And I’ll be moving again sometime this spring. And for part of a year we were kind of homeless, so lived with other people just as people had always lived with us.
M: Where were all the places located?
K: Missouri, Ohio, Kentucky, Missouri, Montana.
M: As someone who has moved five times but stayed in-state, I always wonder what that would be like.
K: Horrible. I was an angry teenager. I felt I could never keep a friend. Most of my friends were made through letters. And one of my best friends is an old pen pal of mine. Now we talk nearly every day and hardly have time for letters
M: All my best friends now are internet friends. I’ve met one in real life. She’s coming to Realm Makers with strict instructions to tell you hello from me.
K: Ooooh nice. Why don’t you come?
M: I have other places I want to go. Like Texas to see another friend. 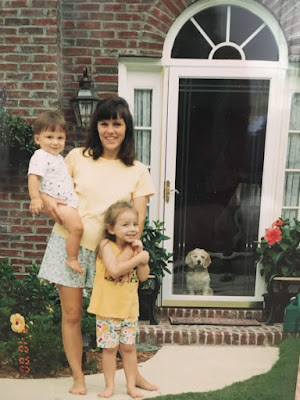