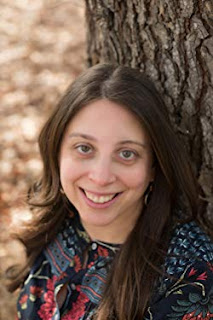 Hi! I'm happy to have you on the blog because I loved your book. A Swirl of Ocean. I'm yet to read your debut novel, Just Under the Clouds. Can you tell us about it?

Thank you so much for reading A Swirl of Ocean. Just Under the Clouds is about a twelve year old girl living in a homeless shelter in Brooklyn. When the shelter becomes unsafe, she and her mother and sister move in with an old friend and Cora discovers a tree, called Tree of Heaven, that her late father, who was a horticulturist, studied. It sets her on a path to try to understand the true meaning of home and where she and her family belong.

Your website says you began writing at the age of seven. Do you remember some of the first stories you ever wrote?

Yes! As a reader, I was always drawn to realistic stories and, often, those stories were sad. One of the first stories I remember writing was about a girl named Cathy who was playing outside, fell down a hill, and hit her head on a rock. She was found and nursed to health by a very grouchy neighbor.

What kinds of TV shows did you work on after college? Can you tell us any stories about that time?

After college, I wanted to write for television, so I studied screenwriting but I never quite figured out how to be a screenwriter. Instead, I was a production assistant, which is a very terrible job where you basically run errands all the live-long-day, make sure the crew is fed, and hang around being at everyone's beck and call. I hated it. But I was pretty good at it because I'm good at following rules and orders. I worked on a reality tv show called Nanny 911 for a while and I worked on the production of the Democratic National Convention in 2004, which is only a few days long but there are months and months of preparation that lead up to it. It was forecasted to rain one of the days of the DNC and I was tasked with buying something like 1,000 ponchos. This was before you could just order anything and everything on Amazon, and I remember spending an entire day driving around the Boston area buying as many ponchos as I could find. It was absurd. And I maybe only found a few hundred. And it didn't even end up raining. But, I also met Maya Angelou at the DNC. It was brief but she was extremely kind and, also, regal. So, that's what I remember. Ponchos. And Maya Angelou.

When did you decide to pursue novel writing as a career?

I always wanted to be an author but authors always felt like these mythical creatures to me. No one in my family had a career in the arts and I had very few examples of how to live a life as a creative professional. But I always wrote short stories, the beginnings of novels, and plays. I never sought publication for any of them. In 2006, I got a job working at a toy company and we were given half-day Fridays all year round. I decided to use Friday afternoons to write. I told myself I was going to write and finish a novel. A few years later, when I finished it, I thought, I should probably figure out how to publish it. That led me on a ten year journey trying to publish a book. (Just Under the Clouds was the third novel I wrote.)

The imagery in A Swirl of Ocean is so beautiful. What inspired the setting? Are any of the places real?

Thanks so much. Setting is one of my favorite things to write. It is most often made up of scattered pieces of memory I pull together. The town of Barnes Bluff is fictional, but the setting was mostly inspired by the eastern tip of Long Island near Montauk and what it feels like to be there in the off-season. Some other inspirations: the Pitch & Putt I played at in Lahinch, Ireland, walking the boardwalk in Coney Island during winter, and riding a bicycle on the sandy roads of Nantucket.

Do you have any upcoming projects we can get excited about?

I just turned over a draft of a new middle grade novel to my agent and I'm now in the most wonderful stage in a new novel's life: the dreaming stage. There are no guarantees in publishing, so I don't know what will happen to either of them, but they are both about girls and longing and identity, which, I guess, is my writerly jam. 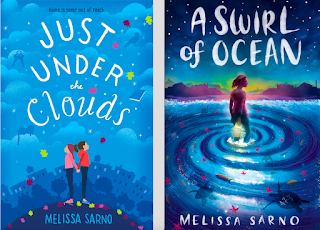 May 08, 2020
When questioned about my favorite authors, I have a long list. I also pretty much just say Kate DiCamillo and Jennifer Trafton. Upon my request for an interview, the latter said yes, and it became the happiest day of my life. I am thrilled to share my conversation with Jennifer Trafton, the author of The Rise and Fall of Mount Majestic and Henry and the Chalk Dragon, as well as (I have to mention it) the wife of one of my other favorite authors.


Author and Artist Interview: Jennifer Trafton
In your piece “The Art of Play,” you wrote that when you sit down to write, you are a child in your bedroom imagining with your toys. For years, I suppressed my own imagination, and everything I wrote was horrible. No one would accept it. Then I read your article. That day, I set myself free and wrote what the child version of myself wanted. It is now a published novel. Do you approach every creative venture in that way?

Congratulations! It gives me great joy that I was a small part in releasing t…
Post a Comment
Read more